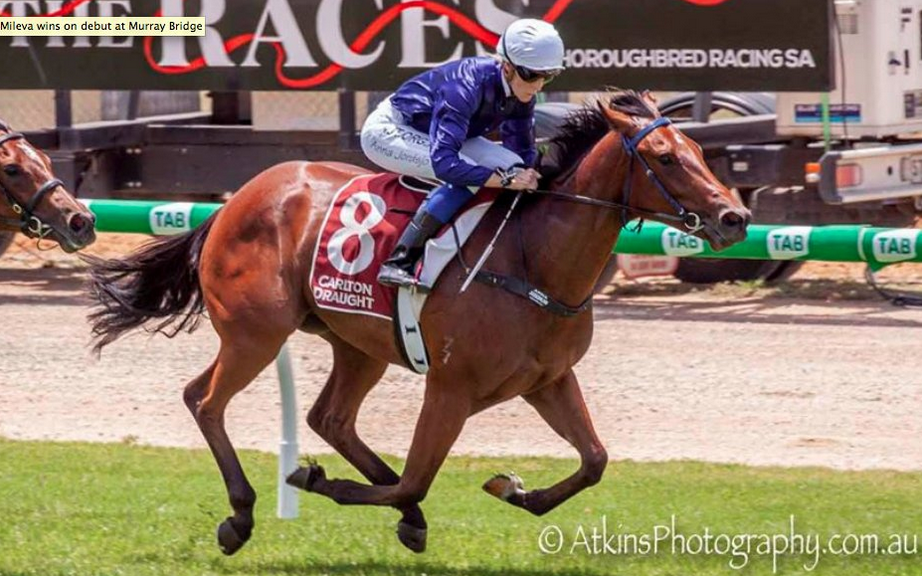 MILEVA  – She is the South Australian bred 3yo filly who burst onto the scene in Jan 2020 and immediately announced herself in Blue Diamond contention.

For her 4 year old season  MILEVA changes ownership and training hands but all is not lost for the locals who came to loved the  dynamo.

Under this tutelage she has delivered 4 wins from just 9 starts and proved she can match it with the top level by winning the LISTED Manihi Classic. In this win she took the scalps of some big names including LYRE, GARNER, HUMMA HUMMA and BOLD STAR.

In season 21/22 MILEVA joins the stable of Phillip Stokes after an agreement to purchase the speedster by South Australian owner and breeder Michael Birchall.

MILEVA has been in the STOKES RACING Morphettville stable for a few weeks under the eye of Tommy Stokes. Plans are in place for MILEVA to be given her opportunity during the Melbourne Spring Carnival and to no doubt add to that beautiful record.

Michael Birchall has seen success at the highest levels and the story of BOUNDING is one of the most unique stories in breeding and racing after he sold horse as a yearling for $425,000.

BOUNDING went on to become a G1 winner of the Railyway in NZ and was then later sold  to John Moynihan, for America’s Stonestreet Farm for $1.9M at the 2016 Magic Millions National Broodmare sale.

In a storyline that keeps delivering a new chapter her first foal , a colt,  sold for $4.1M and all of this being wrapped up nicely with a close connection to the family of English Derby Winner Anthony Van Dyck.

Could MILEVA be the creation of another bestseller full of worldwide racing and breeding chapters ?