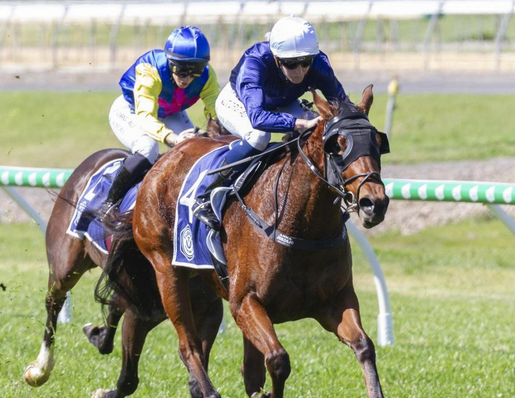 MILEVA
The #SABred winner of the MANIHI CLASSIC 2021
This talented 3yo filly is by Headwater from Lady Einstein and takes her record to 4 wins from just 7 starts.
Congratulations her breeders Chris Tucker and Dr Geoff Tucker of Little Hills Pastoral Company

Trainers Dan Clarken & Oopie Macgillivray originally has  Group 1 plans for Mileva going forward to the Blue Diamond Stakes in 2020 however those plans went amiss and they gave her time.

Clarken said  “We got her for $42,000 at the Adelaide Magic Millions and she broke-in without putting a foot wrong,” he added. “That’s looking a pretty cheap buy now.”

Her price-tag was well below expectations because she wouldn’t leave her box or enter the sale-ring without a lead pony! 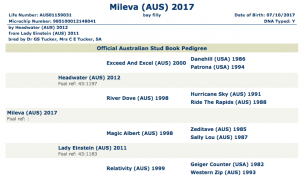 It was the first Listed success for jockey Anna Jordsjo who confirmed the stable has always had a big opinon of the filly “I thought this time last year we were going to have a lot of fun through the carnival but she was a bit shin-sore through her two-year-old preparation and she’s just needed that time to mature.”

The three-year-old filly will now be aimed at next month’s Listed Redelva Stakes (1100m) at Morphettville, with the Group 2 Tobin Bronze Stakes (1200m) in May also a potential target.