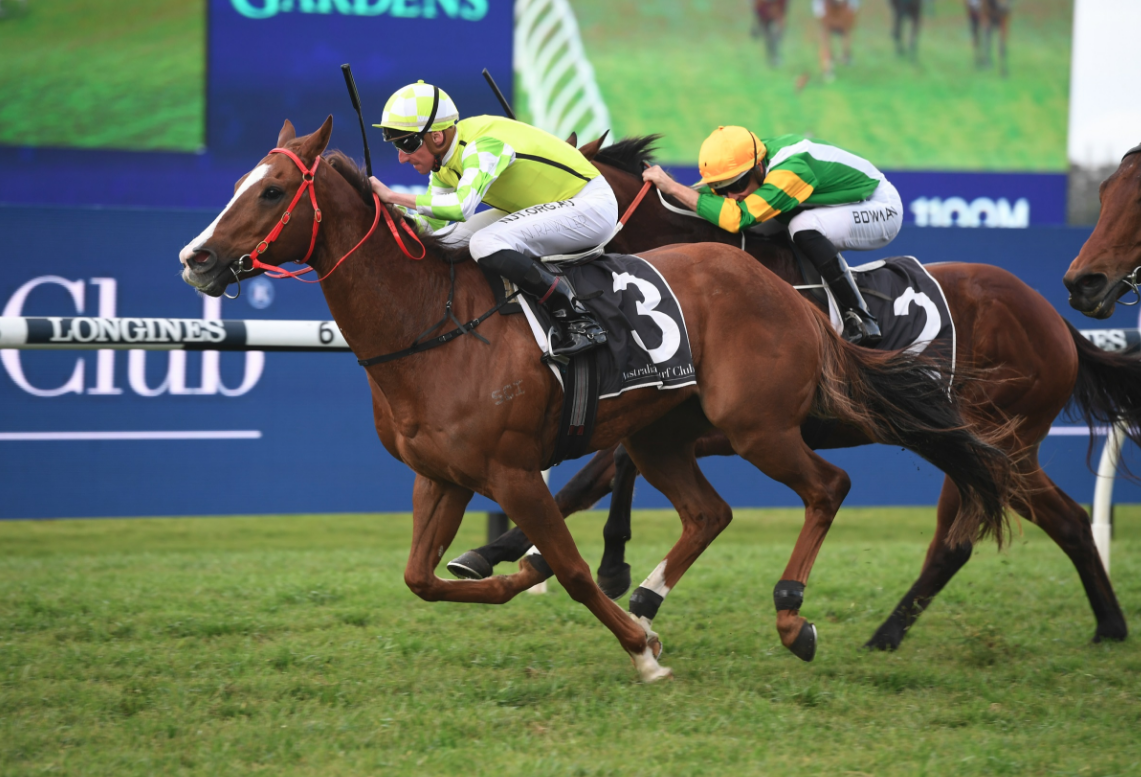 He may have passed but can EDUARDO provide HOST with a runner in the $AU15M.

The worlds richest turf race could be on the spring agenda for Joe Pride’s recent stable acquisition Eduardo who put his hand up for a potential slot in The Everest 2020 winning the Group 2 $200,000 Missile Stakes (1200m).

Eduardo was named by Pride following his gutsy Missile Stakes win in the wet at Rosehill on Saturday as a genuine chance for the $15 million The Everest (1200m).

Ralph Satchell,Principal of Willow Grove Stud spoke to the SA Breeders after the win and said:

“It was wonderful to HOST recognised as being able to produce a group performer. He has delivered much success over a sustained period of time and has another good week with multiple winners.”

Willow Grove will have two of the stallions progeny in their Adelaide Magic Millions draft in March 2021 with Mr Satchell saying ” One in particular looks just like EDUARDO. I’d imagine everyone will want to have a good look at him.”

Trainer Joe Pried announced “I’m just waiting for a call from a slot holder. I think he’s a really good sprinter and he’s shown in his two runs here he can, one, run 1200 metres and, two, he’s adaptable.”

“He is an exciting horse…on real terms he’s a lot younger than seven so there’s plenty of horse left in him.”

Jockey Nash Rawiller said “He’s got a motor,he showed exceptional speed out of the gates today and got into his comfort zone quick.

“He got really lost in the straight…but once inside the 150m he really let down well and was strong over the line. He come here underdone the other day and he’s taken natural improvement off that.”

Futures betting on The Everest at Ladbrokes.com.au has Eduardo as a $31 chance in markets.