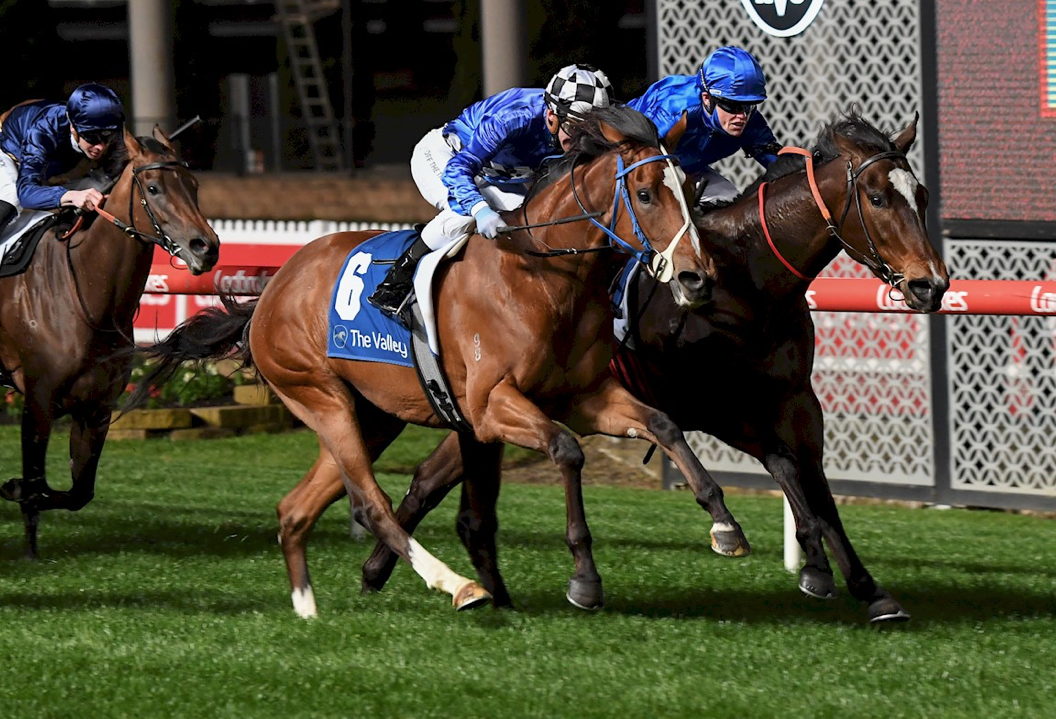 A stakes-winner last season at two, Astern filly Seradess stripped fitter at her second run back from a spell at Moonee Valley on Friday night, hitting the line hard for Luke Currie to win the Group III MVRC Scarborough stakes (1200m).

Trained by Mark and Levi Kavanagh, Seradess was slowly away when resuming and finishing fifth in a Listed race on September 11, but was on the job this time around. 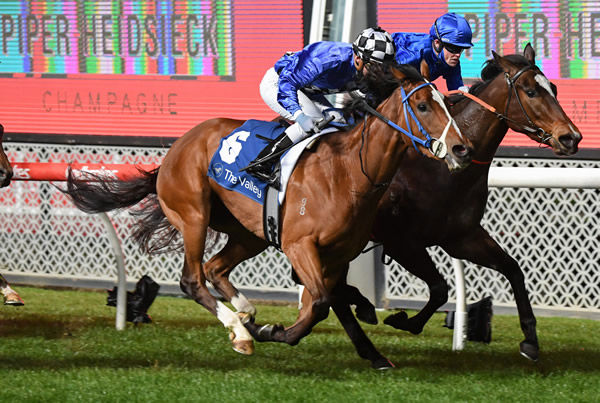 Seradess charged to the line to overhaul Godolphin runner Larkspur Run to win by a long head taking her overall record to three wins from four starts with prizemoney in excess of $200,000.

“She wasn’t quite wound up for her last run and took a lot improvement from that and she was ready to go today,” said Levi Kavanagh.

Purchased by her trainer for $50,000 out of the Mill Park Stud draft at the 2020 Magic Millions Adelaide Yearling Sale, Seradess is the best of two winners from four to race out of the accomplished racemare Obsidian Dragon.

A stakes-placed daughter of Hidden Dragon, Obsidian Dragon won nine and placed in eight of her 27 starts while banking $419,600.

A half-sister to two-time Listed stakes-winner Danedina, Obsidian Dragon has a yearling colt by Nicconi and has foaled this spring producing a filly by Magna Grecia (IRE).

Seardess is the first stakes-winner of the new season for Darley sire Astern, who won the Group I ATC Golden Rose in 2016.