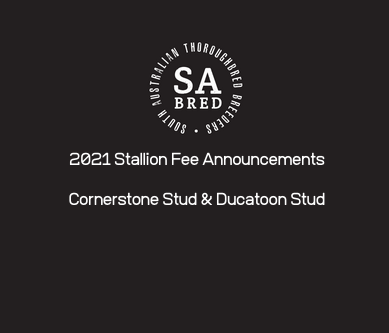 Matt Kelly and Ross Hatton shared the news and discussed the 2021 Stallion Fee announcements by Cornerstone Stud and Ducatoon Park Stud this week. 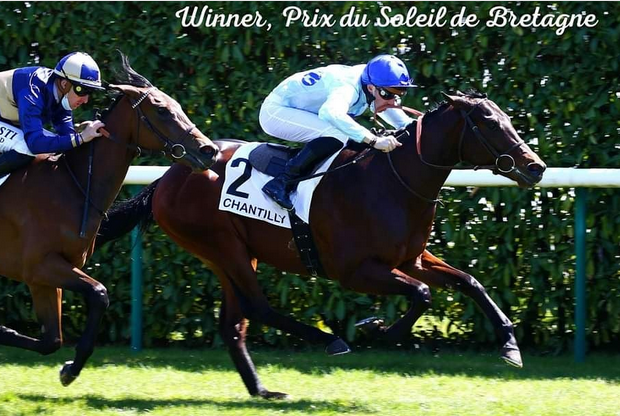 It is not often that 11pm on a Monday evening delivers high levels of emotion and excitement but South Australian thoroughbred breeder, owner and major enthusiast Peter Katelanis doesn’t do things by halves.

Matthew Kelly from the SA Breeders caught up with Peter this morning to hear the news and unique back story to a win that has many reasons for excitement.

“It was just amazing Matt, what a thrill !” Peter said of the overnight win.

“He’s special to me and my family as we raced the mare, sold her to stud and then bought this boy back with great friends. It’s definitely a highlight and I’m so proud.”

He is the first foal of Group  3 placed Kodiac mare Fixette, who comes from the family of dual Group I winning stayer Gallante whose wins included the Group 1 Sydney Cup.

Peter Katelanis sold the mare and then bought back into the colt also due to the close connection that he  has formed with Nicolas de Chambure, who runs French stud Haras d’Etreham and his stallion Almanzor.

Peter Katelanis said “We had been hearing very good things about our colt so Nico and I enquired about her second foal, a filly by No Nay Never, we’ve taken  bought 50 per cent”

“I was keen to get international blood into my families’ its a fantastic outcome. A Mist Opportunity is over there now and her first foal is by Showcasing she will go through the sales. She’s also dropped a lovely Wootton Bassett colt that we might look to race together.”

Importantly  he is by Wootton Bassett’s champion son Almanzor  who has been first season sire highlight at Australasian yearling sales in 2021 and now delivers his first Northern Hemisphere win with this colt on debut at Chantilly in France.

Peter Katelanis is a member of the South Australian Thoroughbred Breeders and attended the 2021 SA Breeders Awards evening to be presented his TopSport Horse of the Year Finalist award for Grp 2 winner Shrouded in Mist. 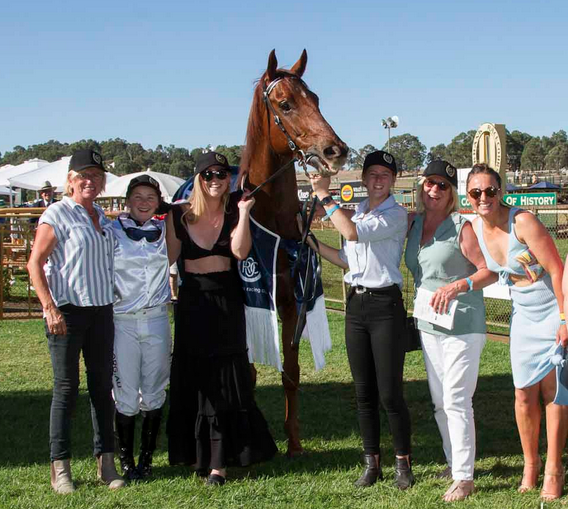 Another day , another quality SA Bred winner came to the fore when STREET LIFE  took out yesterdays LISTED RAILWAY STAKES at Oakbank. 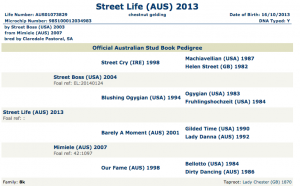