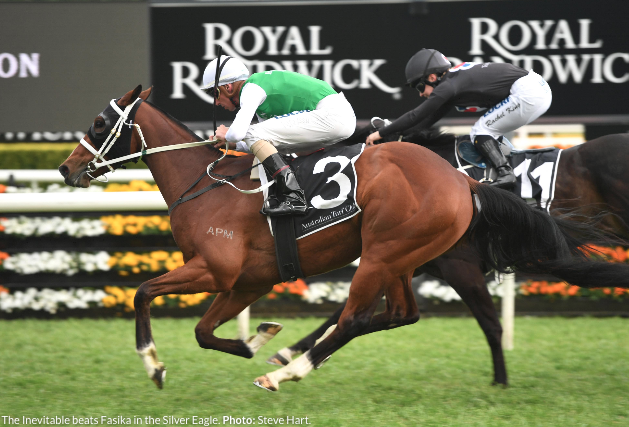 Racenet.com.au  – Mitch Cohen 31 October 2019
Spend a moment or two with Scott Brunton and you’re certain to enjoy a laugh, but when it comes to his pint-sized Golden Eagle (1500m) hope The Inevitable the Tasmanian trainer means serious business.
It wasn’t always that way – Brunton is quick to admit the idea of running for $7.5 million in the Rosehill feature was once all a bit of a joke, but on Saturday it will become a reaility in the inaugural running of the race.

For a trainer from The Apple Isle like Brunton it shapes as a potentially life changing afternoon. And the affable horseman is serious about making the most of the chance.

“This is what you get out of bed for every morning,” Brunton, who won last year’s trainers’ premiership in Tasmania, said.

“We are a big fish in a small pond down in Tassie and the family moved down there on the bones of our arse but it was a new opportunity to start again.

“Mum and dad seized that opportunity with both hands and we have been able to go on with it from there.

“We work hard together, buy out of the bargain box and are happy to be here in a race like the Golden Eagle now and think we deserve to be.”

When Brunton speaks of his dad he’s referring to Tasmanian Hall of Famer David Brunton, who has since retired from training but played a pivotal role in his son’s career.

“I started training about 20 years on my own I moved up to Queensland to try sort of better myself and go forward because I didn’t want to be born with the silver spoon in my mouth from dad,” Brunton said.

“I chose that approach but it didn’t take me long to come back with the tail between my legs back to dad.

“I trained on my own when I first got back to Tasmania, then in partnership with dad and learned a lot from it.”

During his career Brunton has had success on the mainland in the past but The Inevitable has to eclipse all of those wins on Saturday.

A $90,000 yearling purchase, the diminutive gelding won the Listed Tasmanian Guineas earlier this year before claiming the Group III CS Hayes at Flemington at his next start.

His only unplaced run came in the Group I Australian Guineas but by then pintsized son of Dundeel had won plenty of admirers.

“You can’t see the V8 under the bonnet. He is tough as nails.

“I believe you can overrate your own horses but I believe he is capable of doing incredible things.

“You aim him at the right races and do it the right way, he gives you the best result. He is very exciting.”

The Inevitable showed just how exciting he is when gunning down Fasika to book his spot in Saturday’s main event by winning the Silver Eagle.

He now has one challenge in front of him in a blockbuster field for the inaugural Golden Eagle, where he is a $10 chance with TAB.com.au to salute and will be ridden by Nash Rawiller.

“It was a pipe dream at the start, but now it’s shaping as a dream come true. We are here, we are part of the crew and are enjoying being part of the show,” Brunton said. 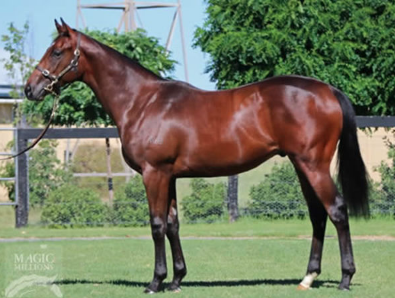 Narrowly beaten at his first run back from a spell on October 9, Banquo was a short priced favourite for the 1400 merte maiden on Sunday and got the job doen in style winning by more than a length.

A $600,000 Magic Millions purchase for Bruce Perry Bloodstock from the Mill Park draft, Banquo runs for a syndicate that includes the Chittick family of Waikato Stud in whose colours he runs.

Banquo is the second winner from Noondie, a three-quarter sister by Flying Spur to stakes-winner Tranquility from stakes-winner Creatrix.

Noondie was sold at the Inglis Chairman’s Sale earlier this year for $600,000 to Mitchell Bloodstock and is now a part of the Yarraman Park broodmare band.

She produced a colt by Written Tycoon for her new owners this spring.

The Annual General meeting of the South Australian Thoroughbred Breeders will be held on Wednesday the 16th of October.

All past and present members are welcome to attend – special guest speaker will be Nick Redin , COO of the TRSA who will provide an update and overview on the direction of the industry. 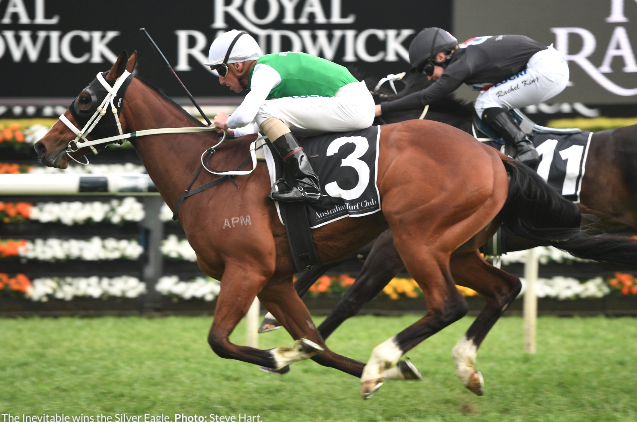 Making it 8 wins from just 10 starts, the pint sized mating of Dundeel and Gift Bouquet is yet another highlight on the successful breeding record of Alistair McFarlane and his Tori Park Stud.

The yearling was sold via the Adelaide Magic Millions draft of Cornerstone Stud. 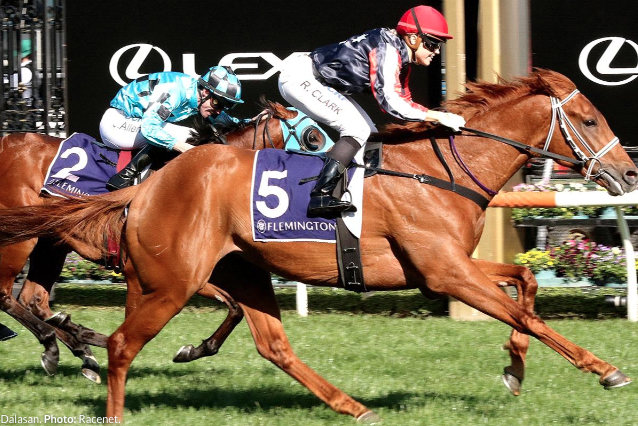 Australia’s up and coming star colt Dalasan has run 5th in the Grp 1 Caulfield Guineas.

The Harry Perks bred and Mill Park Raised colt was coming off a campaign that has seen him win the Grp 2 Danehill Stakes and the Group 3 Breeders Stakes.